"Things quickly got out of hand and hilarious mayhem ensued......they were flummoxed by goblins, cut apart by spinning blades and crushed by flying bricks as the crowd watched on with tears of laughter" Express & Star

Five dungeoneers took to the stage for a shot at glory.....and all five failed. Knightmare Live got rave reviews when it made its debut at Brierley Hill Civic Hall last April - and we're delighted to announce Treguard is coming back to try and find some more brave dungeoneers to take on Lord Fear.

It offers YOU the chance to wear the iconic helmet of justice and play the dungeon. Every show is different, every room holds a new challenge. Fancy your chances, watchers of illusion? The critically acclaimed comedy stage adaption of the cult TV classic is now bigger and better than ever. Multiple contestants will be able to take part in an entirely improvised adventure against Lord Fear or one of the other agents of evil. 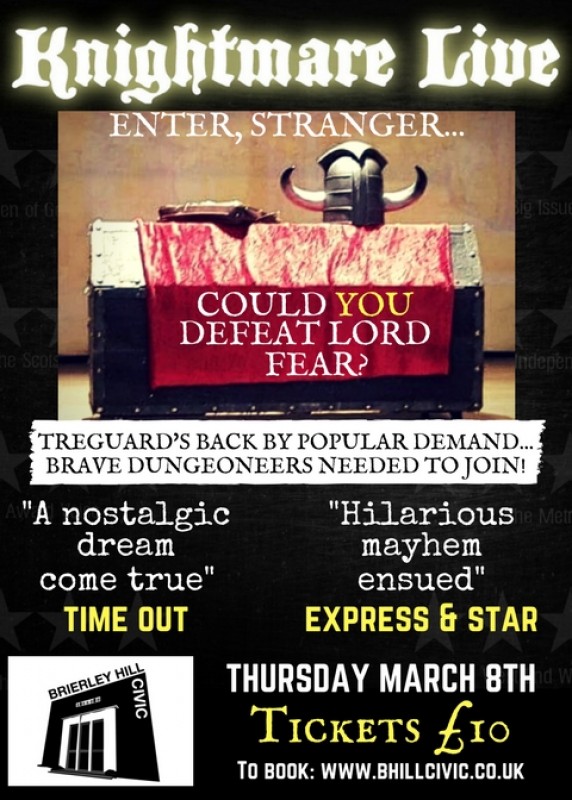