Funny Beeseness Present yet another superb night of comedy here at the Civic bringing the best names in comedy to your doorstep at a fantastic price.

Jonathan Pie is a well known and respected roving news reporter working for a well known and respected UK news broadcaster…but he has a problem. The problem is he has an opinion. And a boss called Tim. After just four episodes actor Tom Walker’s creation Jonathan Pie: Reporter went globally viral with to date over 30 million views of the now infamous clip where he “lost his shit” outside the houses of parliament. His infamous video after the US elections has now been seen in excess of 160 million times. He has performed around the world and has sold out prestigious venues such as the Hammersmith Apollo and the London Palladium.

The Raymond & Mr Timpkins Revue simply have to be seen to be believed! They are without a doubt the maddest, silliest, stupidest, cleverest, strangest and everything else-ist as well as the funniest double act of comedians on the circuit. They're a prop/music driven double act, professionally dancing about and holding up words and pictures since 2004.

For more than a decade Jo Enright has worked with many of the UK’s leading comedy writers and directors. Appearing alongside Peter Kay in Phoenix Nights, with Steve Coogan in I’m Alan Partridge and playing the female lead Sue, in Life’s Too Short, directed by Ricky Gervais and Stephen Merchant. Jo has recently received rave reviews for the part of Angela in three series of ITV’s The Job Lot. Her comedy awards include the 2002 Chortle Award for ‘The Best Female Circuit Comic’ and the 2001 ‘Best Female on the Jongleurs Comedy Circuit’ award.

Hosting the night and holding things together will be our resident MC, Wayne Beese - described by Joe Lycett as "one of the sharpest comperes I have ever had the pleasure of working with!"

* Line up may be subject to change
* Over 18s only
* Doors and bar open 7pm, show starts approximately 8pm 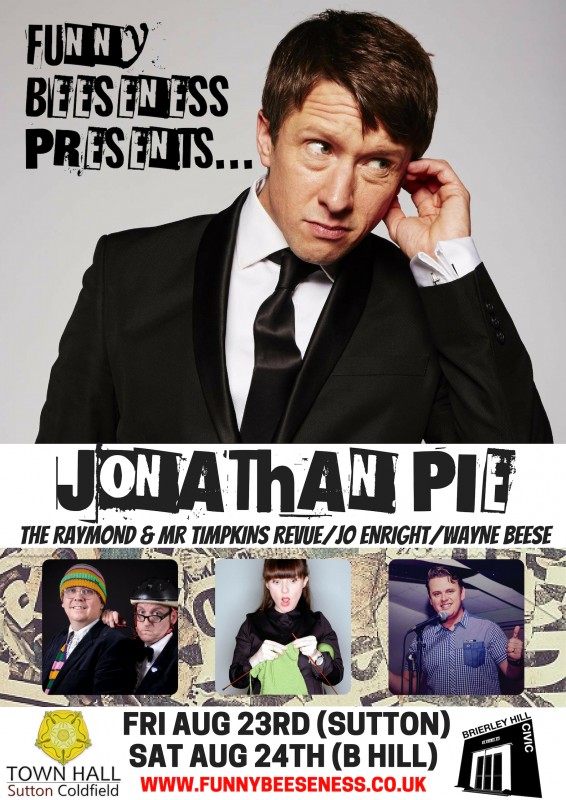