Prone 2 Madness are a six piece Madness tribute band for both Ska and non-ska fans alike.

With nearly 50 songs in their locker they are able to focus their shows to suit their audience, so you rarely hear the same set twice. They are all individually experienced musicians focused on achieving the authenticity of the Madness originals as well as creating medleys mixed up with other 80’s songs from the Madness years twisted into the Madness vibe.

Formed in 2016 they now have over 70+ gigs under their belt around the Midlands region.

This is a night not to be missed for both Madness Fans and casual Madness admirers who appreciate quality musicianship, stonking music, and plenty of sing-a-long classics both Madness and 80's tunes.

The Band is supported by a DJ Until late making this an unbelievably great value night out!

Tickets an absolute bargain at just £5 in advance!

**Seating Limited Due To Popularity Of Event 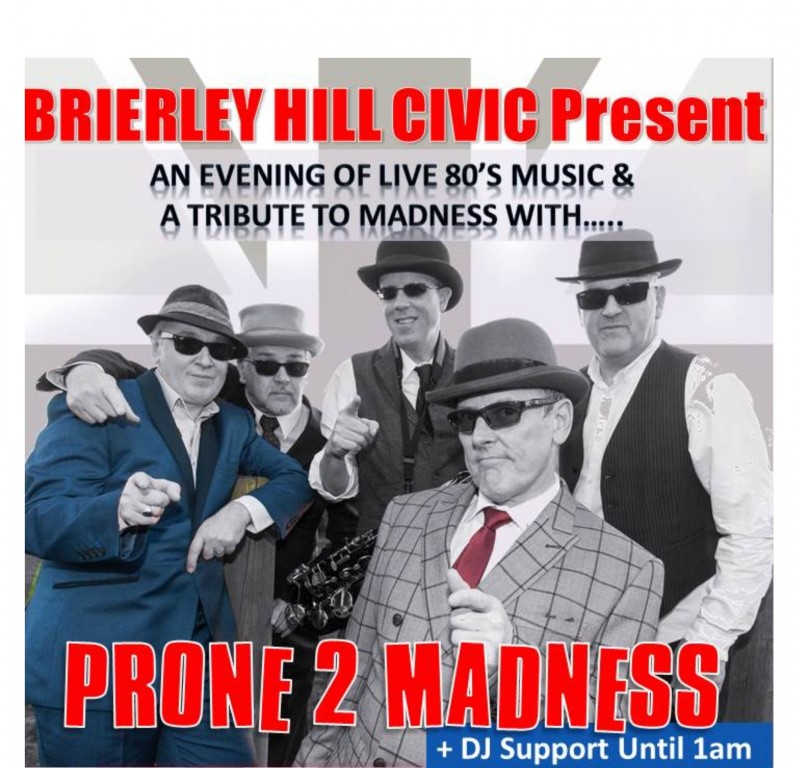