LIVE AT THE CIVIC IS BACK - SAFE AND SOCIALLY DISTANCED!

Face coverings must be worn, and can only be removed to drink or to eat. You will be allowed to drink during the show.

Drinks will be served via service - we are hoping to be using an app to allow you to order online on your phone from the safety of your seats. We'll bring it all to you!

Maximum of 6 tickets per order. Our social distancing seating plan will ensure there is always a gap of two seats between you and the next group on your row to ensure safety.

A PLEA FROM US: Please do not book the middle two seats on the outer rows of six, as it will mean we can only get two people on each of those rows instead of four. The same applies to the middle row of 10, please try not to book and block out two seats either side as this will also severely restrict our capacity. If necessary, to make the event work economically, we will move your tickets to the two seats next to them and inform you by email. Thanks in advance!

Now all the admin is out of the way during these crazy times, what about the comedy?

Nina has won a British Comedy Award for storming 'Live at the Apollo', 'Russell Howard’s Good News', 'Sunday Night at the Palladium', and made a BAFTA nominated film - all without even moving her lips.

Nina began her career as an actress at the Royal Shakespeare Company, before the genius and anarchic theatre director Ken Campbell inspired her to become a ventriloquist.

In 2008 she won the prestigious Barry Award at the Melbourne International Comedy Festival for her solo show 'Complete and Utter Conti'. In 2010, Talk to the Hand had sell out seasons in Edinburgh, London, Melbourne, the Sydney Opera House and New York.

Other television credits include 'QI', 'The John Bishop Show' and Christopher Guest's HBO series 'Family Tree'. She is also a regular in 'Clare and the Community' – the long running BBC Radio 4 comedy.

In addition, Nina has turned her hand to documentary film-making with her most recent exploit ‘Clowning Around’ (in which she trained as a children's hospital clown) airing to great critical acclaim. Her directorial debut’ 'Her Master’s Voice’ in which she took the bereaved puppets of her mentor, Ken Campbell, to a puppet graveyard in Kentucky won her a BAFTA nomination and a Grierson Award.

As well as hosting Live at the Apollo and Dog Ate My Homework and a series regular on Don’t Hate the Playaz, Darren has also appeared on the likes of 8 Out of 10 Cats, The Apprentice You’re Fired, Hypothetical, Ultimate Worrier, Mock the Week, Celebrity Mastermind and Celebrity Pointless.

He is a team captain on new Comedy Central show Guessable? alongside host Sara Pascoe and opposing skipper Alan Davies.

As well as his own Comedy Central stand up special he has appeared on, Roast Battle, Comedy Central at the Comedy Store, Russell Howard’s Stand Up Central and The Comedy Bus. Darren is a regular host on Newsjack Unplugged, he has also created and performed in his own BBC Radio 4 series Black Label and has appeared on The News Quiz, The Now Show and Best of the Fest.

Darren is a DOUBLE Edinburgh festival award nominee for his debut show from 2017 Defiant, and 2019 show Good Heart Yute.

Originally from Birmingham, and now living in London, Darren Harriott is a regular at clubs such as 99 Club, Top Secret, Backyard Comedy Club, The Boat Show, Up the Creek and The Glee.

A cocktail of class, caring and comedy, with the most flamboyant umbrella to top it all off. He's a comedian, presenter, television personality and writer, whose friendly and open brand of gossipy humour has made him one of the UK’s most exciting up-and-coming acts in comedy at the moment and an in demand talent for all things showbiz/entertainment.

2020 has been a great year. He replaced Rylan Clarke-Neal as the narrator of ITV Be's Ferne McCann: First Time Mum and took over as host of Takeshi's Castle on Comedy Central, following in the footsteps of Craig Charles, Jonathan Ross and Roman Kemp. Stephen and best pal, comedian Brennan Reece, also wrote and starred in their own mini-series for Comedy Central Comedians in Quarantine: House Olympics

He hosted three series of Celebs on the Farm/Ranch (Channel 5), has most recently starred in Live at the Apollo (BBC Two), Celebrity Mastermind (BBC One), Celebrity Coach Trip (E4) and Love Island: Aftersun & the second series of The Stand Up Sketch Show (ITV2). 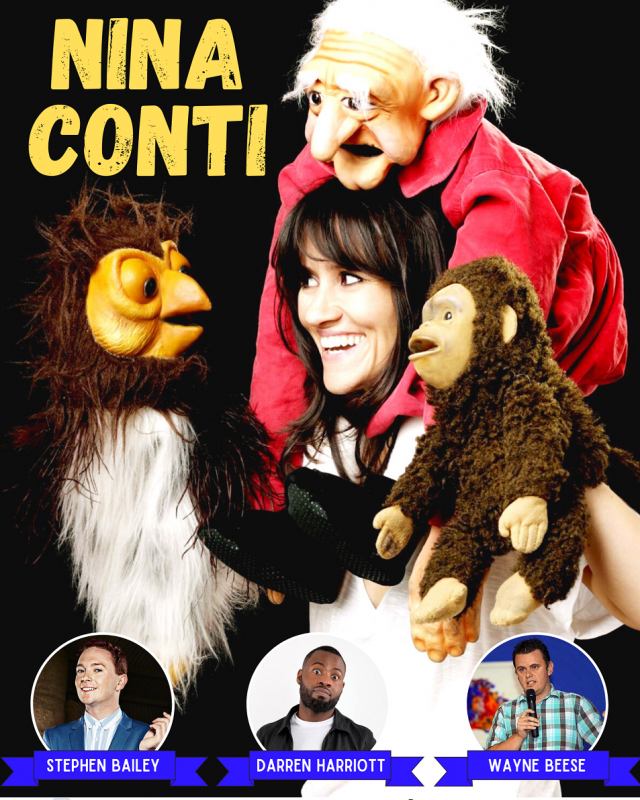