It’s the show night out not to be missed, wowing crowds in Blackpool since 2014,and now touring the country. OH WHAT A NITE! is a different style of tribute show to any other that you will have seen or heard of before.

Matt Andrews leads our vocal quartet as our tribute to Frankie Valli, telling the story of the band and how they formed the group which took them to the dizzy heights of television appearances, fame and fortune.

All performed along side an amazing trio of vocal talent–Johnny, Michael and Toby who take the roles of Nick Massi, Bob Guadio and Tommy Devito.

Comedy host Leye D Johns can’t be kept away from the stage for too long either, bringing a light hearted flavour to proceedings and ensuring the crowd leave with a big smile on their face.

Our Viva showgirls complete the cast line up bringing the moves of the 60s and 70s to the stage bringing the era back to life!

The show also has a way of bringing current hits to life too, with that same Doo Wop style again making OH WHAT A NITE! different to any tribute show you’ll ever see! Stunning costumes, choreography, production and more, all to take you back to the era when hit song, after hit song had ‘The Four Seasons’ famous around the World.

*Concessions available for Over 60s Or Under 16s.

**This is a fully seated show. 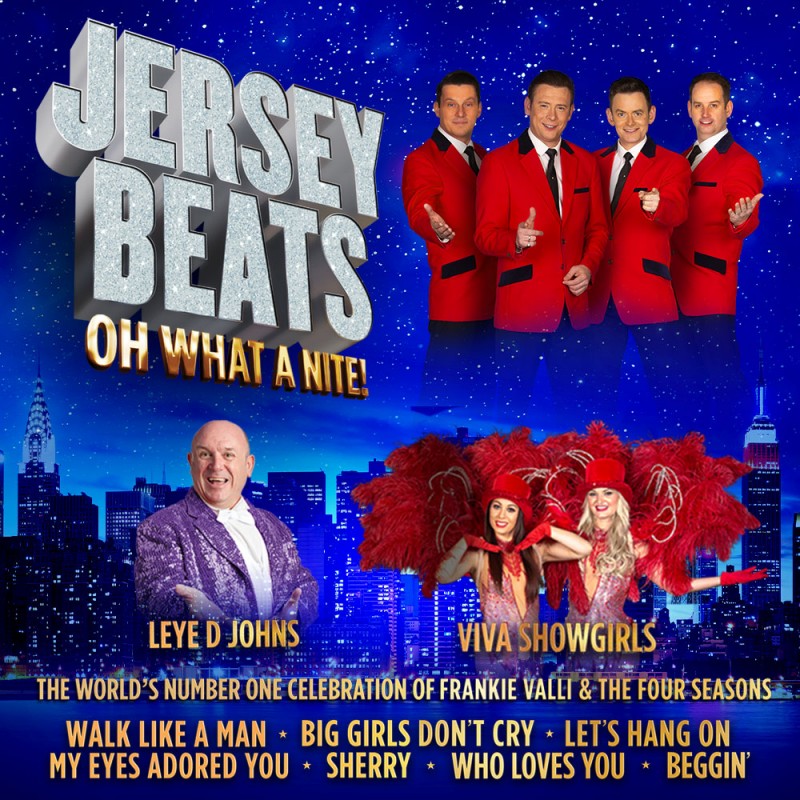