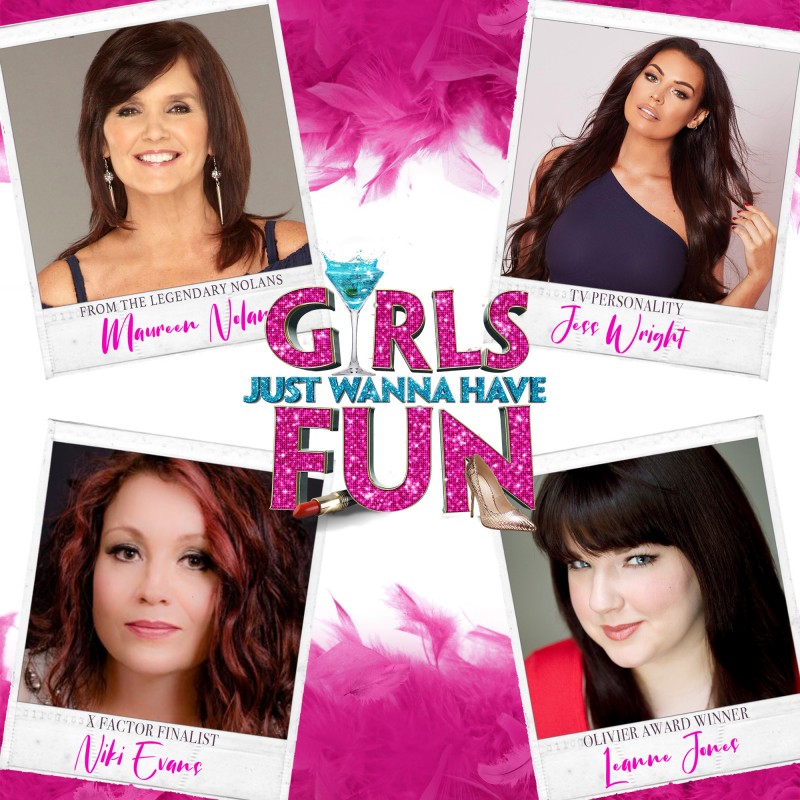 From the writers of the hit comedy Hormonal Housewives, Girls Just Wanna Have Fun is the brand-new musical comedy show that does exactly what it says on the tin.

We take a no-holds-barred comedy romp through everything life throws at a modern day woman, dating, relationships, breakups, fashion, dieting, chocolate, more dieting, sex, going out, staying in, wine, more wine and of course, men. All are thrown under the microscope of uproarious dissection – no subject is too taboo!

Get involved and come along to channel your inner diva because Girls Just Wanna Have Fun! 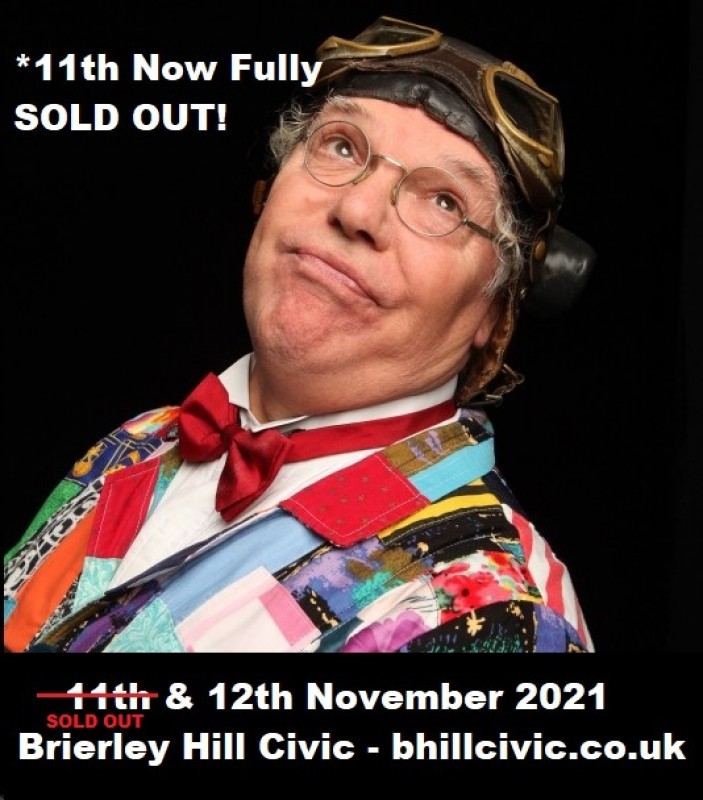 His choice of language and his politically incorrect jokes are all delivered with a cheeky grin and perfect comedy timing.

His trademark flying helmet and goggles, coupled with his coat of many patches, make him instantly recognisable as the man who put the "F" in Alice, with his popular version of "that" song.

Chubby Brown is a master of his craft and guarantees a regular supply of new jokes every time you see him.

So if you’re not easily offended and want a good old fashioned laugh, book your tickets early to avoid disappointment. 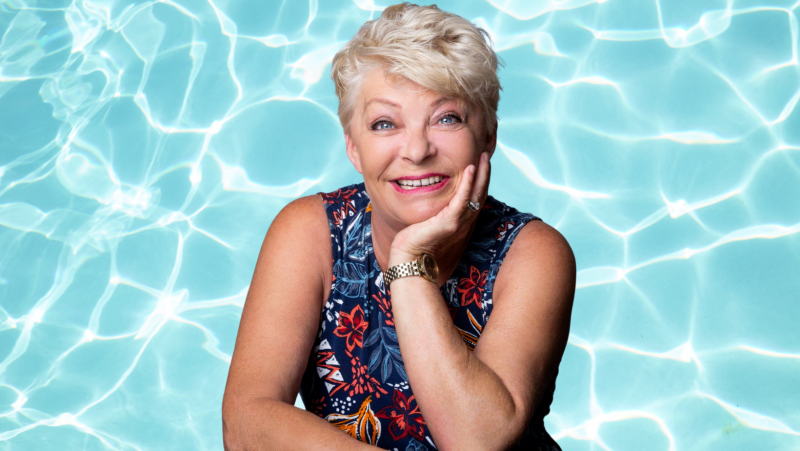 Best known as one of the stars of ITV1's hit series 'Benidorm' and a multi award winner, Crissy Rock is better known to her fans as one of the most outstanding and outrageous stand up comedians of her generation. From her hilarious routines directed at useless partners (well, men in general) to her journey through the onset of middle age, Crissy’s non-stop blasts of comedy brilliance hit the right note every time.

You may have seen Crissy more recently on Celebrity Masterchef, Celebrity Mastermind, Rolling In It, Lorraine, Loose Women, The Real Monty, Celebs on the Farm and I'm A Celebrity Get Me Out Of Here, but in 2021 she's hitting the road and coming to a venue near you for an evening guaranteed to have you rolling in the aisles with laughter!

"A comic force to be reckoned with" – The Stage

"A smile as funny as the Costa Del Sol" – Daily Mirror

"Crissy Rock... Just switch her on and watch her go" – The Guardian 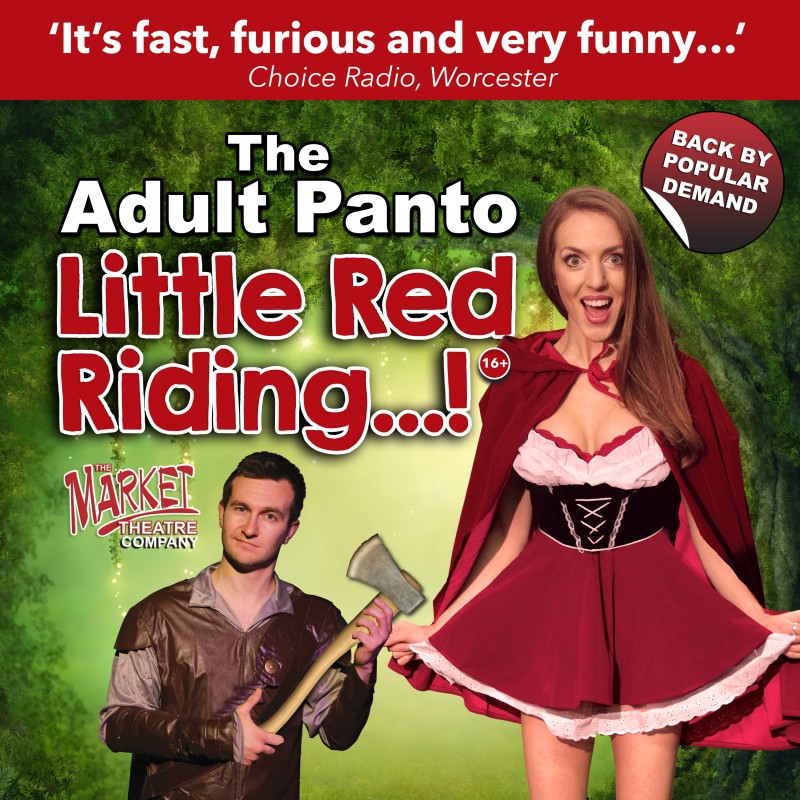 They’re back again! Oh yes they are! Now in their 17th year of touring the UK, the Market Theatre Company return to corrupt another fairy-tail classic beyond recognition with an Adult Panto like no other.

Our fearless company of 3 actors return to bring you an evening of corny jokes, raunchy plots and blatant sexual innuendo using a minimum of set props and costume.

Prolong that all too short seasonal spirit and get ready for another evening of slick, fast-moving, farcical fun and bawdy sexual innuendo (did we mention the innuendo?) for adults only.

Not suitable for under 16’s.

‘Some of the sketches are worthy of The Two Ronnies with their extensive wordplay, faultlessly delivered.’ – Choice Radio, Worcester (on Peter Panties)

‘Quintessentially British…Like a Carry On film made by a Rugby Club!’  - The Stage Newspaper 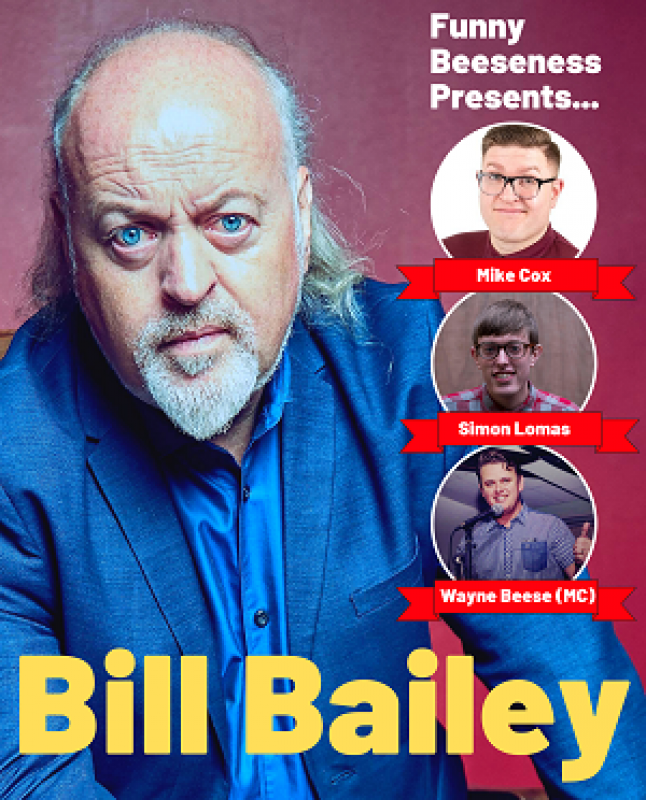 Live at the Civic Comedy Night, Saturday 7th May 2022

Bill Bailey is a comedian, musician, writer, author, director, presenter and actor known for his work on TV shows including Black Books, Never Mind The Buzzcocks, Have I Got News For You and QI. He has produced scores of critically acclaimed stand-up live shows such as Larks in Transit, Part Troll, Tinselworm, Qualmpeddler and Limboland.

Bailey has been listed by The Observer as one of the funniest acts in British comedy and twice, in 2007 and 2010, in the top ten of Channel 4's 100 Greatest Stand-Ups.
"Virtuoso…Comedy’s Mozart" The Sunday Times
"Joyful, playful, effortlessly funny" Time Out
"Intelligent and funny. A mind to thrill. Breath-taking." Metro

Mike Cox has quickly made his mark on the comedy circuit with his his sharp wit and everyday cynicism which have seen him crowned winner of the Fosters South Coast Comedian of the Year, while he reached the final of Amused Moose Laugh Off 2016 and both the semi-finals of So You Think You're Funny in 2012 and The Leicester Square New Comedian of the Year in 2013.

Mike’s accessible style and ease with both mainstream and alternative audiences currently make him one of the most enjoyable comics to watch.

“Like an Everyman, if that Everyman had delicious cynicism and razor sharp wit” Romesh Ranganathan

"Mike Cox has the sharpness of any highbrow comic, but with the wealth of material to appeal to the 'Everyman' with ease. A refreshing and hilarious act to watch and work with" Dane Baptiste

Simon Lomas is already regarded as one of the most exciting and refreshing new acts on the circuit. He was nominated for Best Newcomer in the 2018 Chortle Awards and placed third in the prestigious English Comedian of the Year.

"Different to any act I've ever seen before" Bruce Dessau