This tour marks the 50th Anniversary of Showaddywaddy. ‘The Greatest Rock & Roll Band In The World’ is a bold statement but Showaddywaddy has lived up to that title for the last 5 decades!

Formed in 1973 in Leicester from several local bands, they have sold more than 20 million records and have toured all corners of the World extensively.

Their 50th Anniversary Concert will be a dynamic and uplifting show featuring their greatest hits, many of which reached number one in the pop charts of Europe. ‘Under The Moon of Love’, ‘Three Steps to Heaven’, ‘Hey Rock & Roll’, ‘When’, ‘Blue Moon’, ‘Pretty Little Angel Eyes’ and many, many more.

So come and join the ‘Dancin’ Party’… ‘You’ve Got What It Takes’! 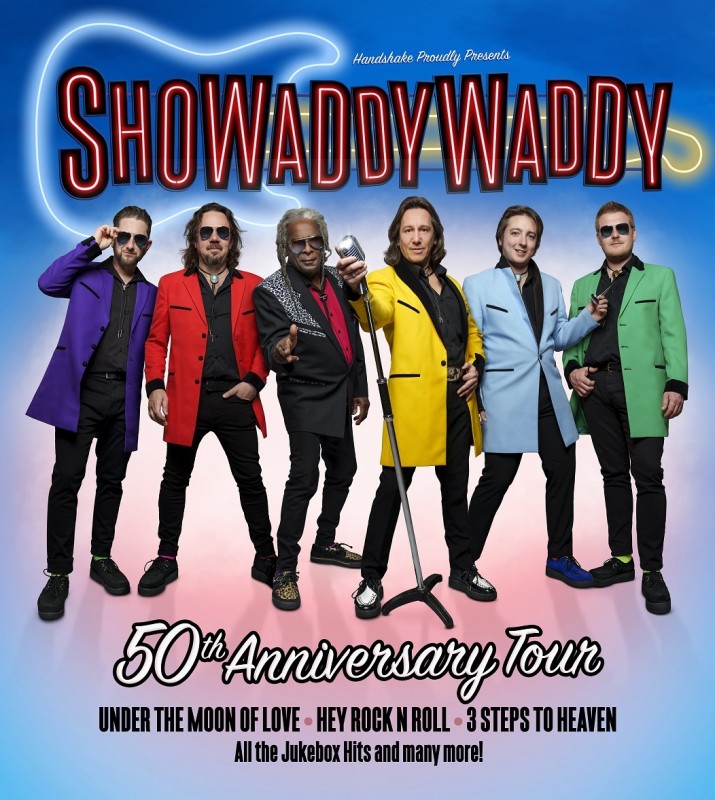